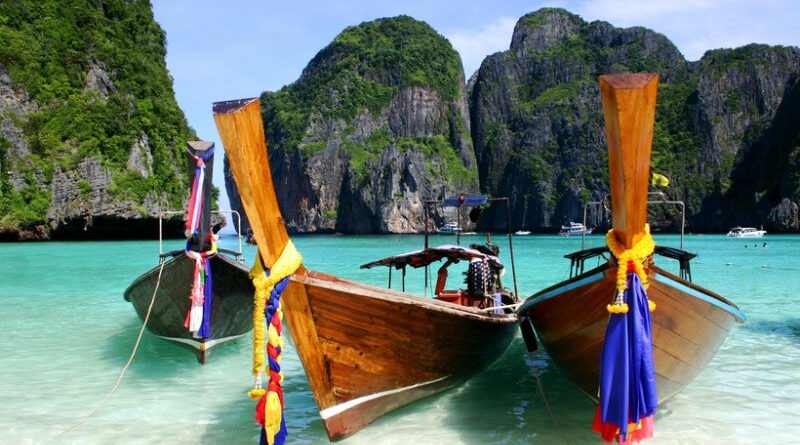 When the nights draw in and the weather starts to wane, a hefty does of vitamin sea can make you feel like yourself again.

Picture the scene; it’s 7.14am on a Tuesday morning in November and the sound of your alarm is unrelenting. The heating kicked in at 7.00am and has only just started warming the house, but you can’t stay cocooned in your bed all day. You do the daily shower dash, wrapping the towel around the radiator in anticipation of the arctic blast that inevitably hits the moment you open the shower door. Looking out of the kitchen window while waiting for the kettle to boil confirms your expectations for the day; Rain, again. Grey skies, soaked paths and murky puddles make wearing anything other than clunky winter boots an impossibility. What you need is some winter sun.

Smugness peaks when you know that everyone at home is braving the early morning commute in their coats, shuffling along wet pavements and grappling with wind-ravaged umbrellas. Trading your knitted jumpers for swimwear and shorts is liberating, and nothing beats the moment that first breath of red hot tropical air hits your face as you step off the plane. With your toes in warm sand and a fresh coconut in your hand, the reality of a very British winter becomes the last thing on your mind.

Whether you’re tempted to stretch out your summer with an early winter break or attempting to cast aside the traditional Christmas roast in favour of a barbie on the beach, chasing the sun to distant shores is seriously satisfying. A hop, skip and a short-haul jump will take you to the coasts of the Canary Islands, a destination long championed for offering some much needed Vitamin D to sun-starved Brits. Voyage further and you’ll find the golden sands of the Caribbean and Thailand beneath your feet, whilst the Middle East promises guaranteed sun to those who prefer their sojourns in cityscapes. Thailand is intoxicating, exhilarating and serene in equal measure. With a combination of frenetic cities, flawless beaches and traditional villages, this is a winter sun destination that never goes out of fashion.

Bangkok extends an eclectic welcome to Thailand’s visitors, providing the contrast you need to enable you to really appreciate the idyllic island heavens to which you are headed. The wet weekends of home are soon forgotten when your Saturdays are spent strolling along the sandbars that stretch into the turquoise waters of Koh Kradan, or sailing between the Phi Phi Islands, made famous in cult movie classic ‘The Beach’. Throw the immaculate islands of Koh Samui and Koh Tao into a mix with incredible street food, elaborate temples and countless fresh coconuts enjoyed on warm sands, and you’ve got the perfect remedy for the winter blues. A lunar landscape and subtropical climate makes the Canaries a clear winner in terms of winter sun. The archipelago sits off the north-western coast of Africa, hence the heat, and each of its seven islands offer something unique. Tenerife, Lanzarote and Gran Canaria are the three favourites in terms of sailing straight to the sun, with Southampton departures putting their golden shores on your doorstep. Sand dunes and lava fields create an otherworldly appeal that inspires even the laziest holidaymakers to get out and about to explore, whilst scorching sands vary from volcanic black to talcum powder white. The zest for life here feels suitably Mediterranean, as does the food; expect seafood in abundance, tapas for tea and plenty of sangria. Cruises to the Canary Islands are especially appealing to families in search of hot weather during half term, thanks in part to Siam Park; the best water park in the world if TripAdvisor is to be believed. Set your watch to island time; you’re in the Caribbean now. Trade shepherd’s pie for jerk chicken and spiced rum this winter on a Caribbean cruise, sailing to some of the 7,000 islands and islets that make up one of cruising’s favourite regions.

Barbados has always attracted the rich and famous, its idyllic coastline luring visitors with aquamarine waters and perfect weather. Take to the water or head to the island’s capital, Bridgetown, where colonial homes and a historic garrison await alongside some great opportunities for duty-free shopping. Elsewhere, St Lucia’s dense rainforest feels a million miles away from the sparse winter woodlands back home. Hike Les Pitons for some incredible views across the island and its coast, or pick a spot on the silver sands of Anse Chastanet beach and do absolutely nothing. Antigua tends to attract a well-heeled crowd during the winter months and you’ll find a beach for every day of the year here, including the world famous pink sands of the beautifully underdeveloped Barbuda.

The Caribbean is a hugely diverse destination and the great thing about cruising the region is that you can be on a yacht in Grenada’s horseshoe-shaped harbour one day and sipping Mojitos in Martinique the next. Islanders are notoriously laid-back too, especially in the sun-seeker’s paradise of Jamaica, meaning that slipping into holiday mode is a breeze. South Africa has the potential to surprise even the most seasoned of travellers and if you’re keen for adventure this winter, this destination delivers it in spades. Nature still reigns supreme here, so it is unsurprising that many come with the hope of spotting some of the world’s most dangerous animals. Venture into Kruger National Park on an organised excursion, or book a pre or post-cruise safari stay, and you will find yourself perfectly positioned to scope out a sighting of Africa’s ‘Big 5’ – lions, leopards, elephants, cape buffalos and rhinos. Elsewhere, Port Elizabeth is the most popular port city and a visit here puts you on the doorstep of South Africa’s third largest national park. Addo Elephant Park is the only national park in the world to conserve what have become known as the ‘Big 7’; the traditional Big 5, plus the southern right whale and the great white shark, both of which are found off the park’s Algoa Bay coast. Of course, South Africa has as much man-made appeal as it does natural beauty, with some of the world’s most thriving and cosmopolitan port cities found here. Cape Town has it all; the soaring Table Mountain which dominates the skyline, the stunning coast of Cape Point, the vine carpeted valleys of the Stellenbosch Wine Route and the chance to whale-watch without leaving dry land. Beach bums rejoice at Reunion Island, where a position in the Indian Ocean gifts the west coast with some of the best beaches you’ll ever lay a towel on.

When a traditional winter sun break doesn’t quite hit the mark, South Africa takes things to the next level. You needn’t venture to the other side of the world for some winter sun, but you’re promised an epic escape if you do. Christmas in Australia means beach barbies, Santa in shorts and fireworks over the Sydney Opera House. Beach bums can laze on some of the world’s most famous sands, from iconic Bondi Beach to the dreamy Whitsunday Islands, whilst city lovers will appreciate the zest for life shown by Sydneysiders and the culture kick of Melbourne. Ayers Rock is a must see and of course, no trip down under is complete without a visit to the Great Barrier Reef; Airlie Beach in the Whitsundays provides a scenic gateway to your underwater explorations. New Zealand is often compared to the UK in terms of its countryside and lifestyle, but its summer climate makes it an altogether more appealing version when our winter kicks in; long sunny days and mild nights making the South Pacific island a tempting prospect for winter sun. Cruising New Zealand is the perfect way to explore everything the country has to offer, from the stunningly beautiful Milford Sound to the natural beauty of the Rotorua National Park, where mud pools and hot springs leave you feeling revitalised. The cities of Wellington and Auckland are two of the country’s busiest ports of call. Those who are feeling especially brave in the ‘City of Sails’ can opt to bungee jump from Auckland’s Sky Tower, descending from the top to the bottom of the southern hemisphere’s tallest man-made structure in just 11 seconds. 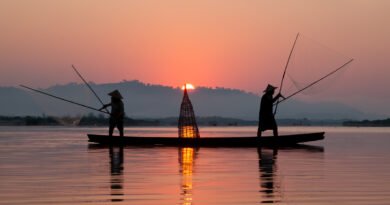 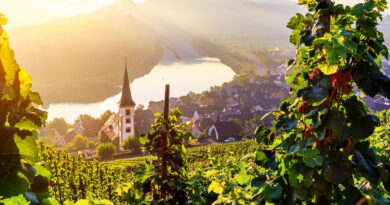 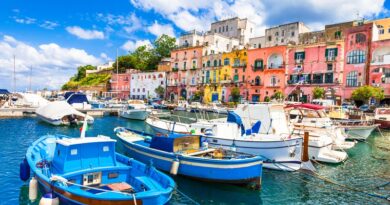