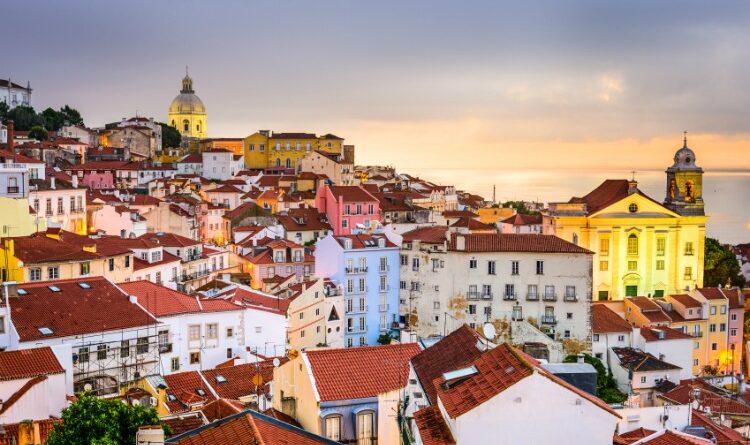 Lisbon’s appeal becomes apparent the moment you begin the slow sail along the Tagus River. Having glided beneath the 25 de Abril Bridge – albeit with just inches to spare – it is finally time to explore the seven hills of the world’s most colourful capital.

The almost constant presence of sunshine means that Lisbon feels permanently tinged by the lazy haze of summer, something that is taken full advantage of in each of its vibrant districts. Life in Lisbon is lived outdoors, from afternoons lost in the historic alleyways of Alfama, to effervescent evenings spent sipping port wine in one of Baixa’s mosaicked squares. Throw in Blue Flag beaches and grand architecture, and it becomes obvious that people head here for more than trams and custard tarts.

Made famous not only by the host of prominent monuments found within its borders, but also by the infamous Pastéis de Belém bakery, the district of Belém is one of the most-visited. Given its history as the one-time home of Lisbon’s most elite residents, it is barely surprising that the district houses some of the city’s most opulent and notable attractions, including the lavish Belém Palace, the Belém Tower and one of the city’s best known monuments, Jerónimos Monastery. Built to celebrate Portuguese voyages and explorations around the world, the spectacular monastery’s flamboyant design often sees it crowned Lisbon’s star attraction. Belém’s north bank is dominated by the Monument to the Discoveries, which honours the explorer Henry the Navigator and celebrates 32 other prominent figures from the Portuguese Age of Discovery. Look beyond the monolith and you’ll see the fiery glow of the 25 de Abril Bridge in the background, almost perfectly replicating San Francisco’s Golden Gate Bridge, on which its design was based. Santa Amaro Docks – the area beneath the bridge – has become one of the most cosmopolitan areas in the whole of Lisbon, attracting locals and holidaymakers keen to enjoy the late afternoon sun with a drink at one of the many terraces along the waterside.

Whilst Belém’s many monuments have put it on the tourist radar, the district of Alfama is the place to go for a real insight into life in Lisbon. Having survived the 1755 earthquake that obliterated much of Lisbon, the district’s medieval alleyways offer a step back in time. Narrow streets lead to village squares and whitewashed buildings are decorated with azulejos and washing, the latter of which is put out to dry over rusting wrought iron balconies. Found amongst Lisbon’s oldest attractions are the stunning Monastery of São Vicente de Fora and the Castle of St George, which dates back to the 7th century in parts and offers some of Lisbon’s best views, thanks to its location atop one of the city’s famous seven hills. Lisbon Cathedral, whose Romanesque architecture features a rose window and bell towers that have become synonymous with the city, is also unmissable.

Aside from its architecture, Alfama is best-known as the home of Lisbon’s signature ‘Fado’ music. The cold and chunky walls of Clube de Fado have witnessed countless fado performances, its rustic surroundings providing a suitably austere backdrop for a style of music that often sings of loss, despair and desperation. Fortunately, the folk-style songs aren’t as depressing as they sound, especially when appreciated with a glass of port wine or a pint of Sagres beer in hand.

The neoclassical streets of Baixa are the beating heart of the city. Look one way and you’ll see traditional wares spilling out into the streets from Art Deco shop facades. Look the other and you’re equally as likely to spot urban art and street performers. There’s a youthful zest to the area and its café patios are brimming with animated locals exchanging stories over piping hot bica. Take five minutes to rest your feet in Rossio Square, before heading north for an al fresco lunch at one of the many seafood restaurants that dot the cobblestones of Rua das Portas de Santo Antão. Head to number 58 and you’ll descend a handful of grey stone steps into an Arab oasis. Originally built as a gathering place for those from Portugal’s historic Alentejo province, Casa do Alentejo has since become famous for its Moorish courtyard and regal Renaissance style restaurant.

Combine the laidback pace of the Portuguese with an array of multifaceted neighbourhoods that merge past and present perfectly, and it isn’t difficult to see why so many fall in love with Lisbon. The yellow carriages of Tram 28 – or Eléctrico 28 as it is known to the locals – have trundled along Lisbon’s mosaicked streets since the 1930s. Creaking up impossibly small streets and negotiating the seven hills of the city on its 4.5 mile route between Martim Moniz and the Prazeres district, Tram 28 is the most iconic way to see Lisbon’s finest sights. A €6 ticket allows you to hop on and off wherever you fancy, on a trip that takes you to Chiado and Baixa, along the historic hills of Alfama, Castelo and Graça, and on to Estrela, before terminating in the Campo de Ourique neighbourhood. Some might say that Lisbon’s famed custard tarts alone are reason enough to visit the city. Smooth, creamy egg custard, encased in what feels like a thousand layers of flaky pastry; the thought alone had us running from the office to the bakery around the corner for our fix, but nowhere competes with Lisbon institution, Pastéis de Belém.

Located on Rue de Belém, in one of Lisbon’s most historic districts, this traditional Portuguese café is considered the spiritual home of the custard tart – or pastel de nata – and has baked them to the same method since 1837. The recipe remains a closely guarded secret, having originally been shared with the then nondescript bakery by two nuns from the nearby Jerónimos Monastery, and each day sees it recreated for an eager crowd that gathers full force come lunchtime. Delivered warm from the oven, sprinkled in cinnamon and icing sugar, tarts from Pastéis de Belém prove their worth in a single bite. From the yellow of Tram 28 to the ‘International Orange’ of the 25 de Abril Bridge – the same shade as San Francisco’s Golden Gate – Lisbon is a colourful city. Add to this the tiled facades that decorate its houses, churches and palaces, the city promises its visitors a real feast for the senses.

Azulejos, or glazed ceramic tiles, are found on buildings across Lisbon, having been introduced by the Moors in the 15th century. Walking tours will show you the most impressive examples across the city, some of which feature intricate geometric designs that give a nod to Arab influences, whilst others depict flora and fauna, or even historic and religious events. So noted is the city for its tiled facades, that a museum has been opened to display some of the finest. Located within walking distance of the popular Alfama district, Museu Nacional do Azulejo houses a collection of tiled facades dating back to the 15th century. Interestingly, the museum surroundings within the Madre de Deus Convent and its incredibly ornate chapel almost overshadow the exhibits themselves. 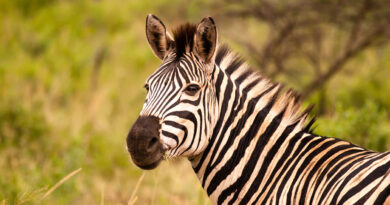 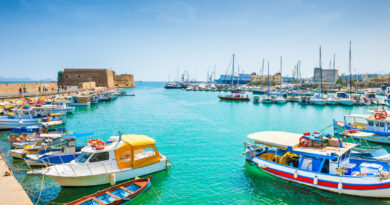 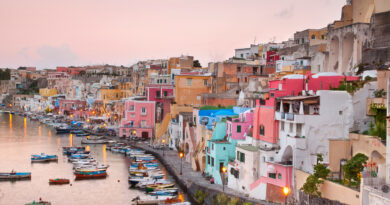