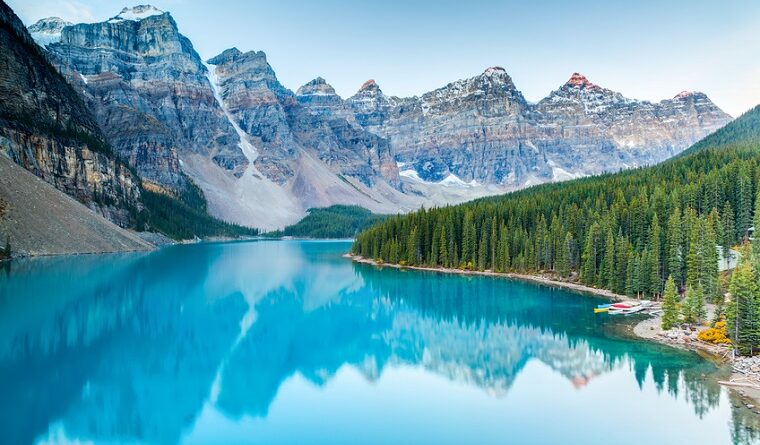 With many Alaskan cruise itineraries beginning in Vancouver, the home of the iconic Rocky Mountaineer, a return to the romance of traditional rail travel is an appealing way to extend your holiday.

Do you remember those train journeys when you were a child; your nose pressed against the glass and your breath steaming up the cold window, as you desperately tried to angle your view and see as much as possible as the world passed by?

A journey through the heart of the Canadian Rockies has the same effect on adults, instantly transporting you back to the age of seven, when your heart was full of anticipation at what you might see as you approached your destination. As if travelling on an Alaskan cruise isn’t inspiring enough, adding a jaunt on the Rocky Mountaineer, deemed the ‘World’s Greatest Trip’ by National Geographic, should prove to be the cherry on top of the proverbial cake.

Over the course of the last 25 years, the Rocky Mountaineer has placed the Canadian Rockies at the feet of almost two million guests, scooping eight World Travel Awards along with accolades such as ‘One of the World’s Ultimate Experiences’ and ‘One of the World’s Most Life-Changing Trips’ in the process. With Alaska’s cruise season (running from April to October) matching that of the Rocky Mountaineer, and many cruises starting or finishing at the train’s home station of Vancouver, the lure of a pre or post-cruise rail journey through Alberta and the Pacific Northwest is a strong one.

Evoke the romance of traditional rail travel as you snake a meandering path through the idyllic alpine towns and scenic expanses sitting in the shadow of the Rocky Mountains. Just like Alaska, wildlife is in abundance here, along with jaw-dropping views encountered nowhere else in the world. Glacial lakes, wild whitewater rivers, expansive pine glades and almighty canyons reveal themselves at every turn.

You won’t miss a thing, as over-sized picture windows curve from floor-to-ceiling to offer panoramic views of the ever-changing landscape. Enjoy fascinating storytelling from your knowledgeable hosts on the scenery that surrounds you, whilst an open-air vestibule invites you to breathe in the cleanest and freshest of mountain air. Keep your eyes peeled for movement amidst the stillness; bears, elk, deer, moose, bald eagles, osprey, mountain goats and bighorn sheep roam freely in the region and your train driver will reduce his speed to give you the opportunity to see and photograph them as you pass.

DAY 1: First Passage to the West

There are five routes taken by the Rocky Mountaineer, though the most popular is undoubtedly the First Passage to the West, made famous for connecting British Columbia and Canada over 125 years ago.

The Rocky Mountaineer is the only passenger train to transport guests over the historic Canadian Pacific Highway, which opened in 1885 as Canada’s first trans-continental railway line. The journey allows you to see the Canadian Rockies from a unique perspective with the added extra of world-class cuisine and wines from the renowned Okanagan Valley. You will pass through areas inaccessible to cars, coaches and cruise ships, with many places even beyond the reach of the hardiest of hikers. With no Wi-Fi access available and mobile phone signal sporadic at best, you really are getting away from it all in the wilderness and all you need is your camera. After boarding your train in coastal Vancouver, you’ll journey inland through the heart of British Columbia towards the town of Kamloops. Passing through the lush fields of Fraser Valley and alongside the ferocious rapids of Hell’s Gate in the Fraser Canyon, you will go on to cut a course between the rugged peaks of the Coast and Cascade Mountains. Finally, you will venture past the slopes of the Thomson River, along the shores of the placid Kamloops Lake, before arriving into Kamloops itself.

With the first leg of your all-daylight journey ending 280 miles and 9 hours later, you’ll be glad to stretch your legs and rest your head overnight in your hotel. The hospitality aboard the Rocky Mountaineer is second only to the views outside your window and whilst you may be journeying through the wilderness, there’ll be no foraging involved here. Choose from GoldLeaf or SilverLeaf service, with dedicated coaches for each and five-star service every step of the way.

SilverLeaf Service seats you in a glass-domed coach, with your needs catered for by a pair of hosts. Hot main courses are served at your seat and you’ll enjoy complimentary beverages plus gourmet snacks too. GoldLeaf Service is the ultimate in luxury and you will enjoy the best panoramic views from your bi-level dome coach, complete with reclining seats and an open-air vestibule. Dine on the flavours of Western Canada in a 36 seater dining room, with locally sourced produce used by the Executive Chef to create dishes including Alberta Ranchlands Pork Tenderloin and Stoney Creek Cedar Plank Salmon. With overnight stays at the best hotels in the region and your luggage delivered there in time for your arrival, this is what we call travelling in style.

DAY 2: First Passage to the West

Your journey aboard the Rocky Mountaineer continues east towards the awe-inspiring Canadian Rockies and through the province of Alberta. The day will see you cross ranch lands and negotiate tunnels carved into the cliff-face, winding your way along rocky lakeshores and across sweeping mountain passes. The glaciers and snow-capped peaks of the Rocky Mountains are truly astounding and this leg is a highlight of the journey. As impressive as they appear in photographs, there is no comparison to the overwhelming feelings they stir when you see them in real life. Other highlights include the spectacular climb over Rogers Pass, the snaking route through Kicking Horse Canyon and the unique Spiral Tunnels hidden amongst the greenery of the Yoho National Park.

An encounter with the emerald waters of Lake Louise awaits once you enter Banff National Park, before your once in a lifetime journey finally comes to an end in the resort town of Banff, a destination set in the shadow of the majestic Canadian Rockies. 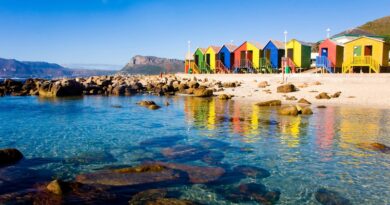 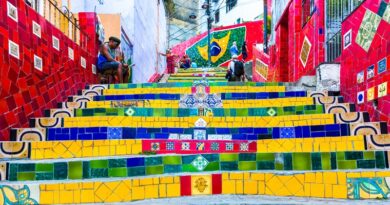