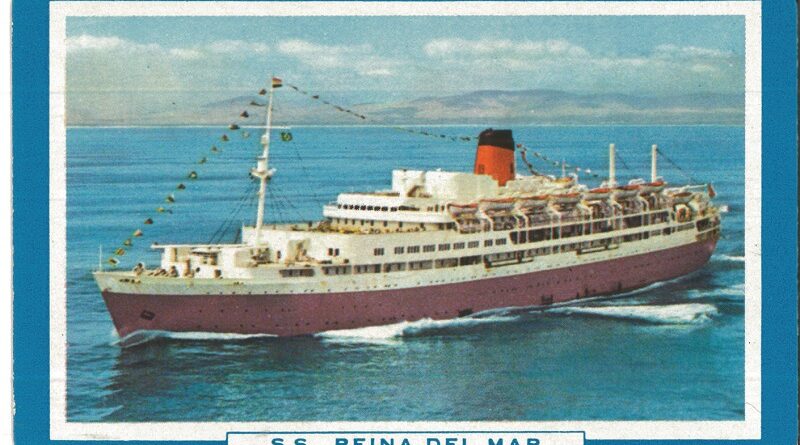 Reader Jo Clough first cruised with her mother in 1964 and has since visited 120 countries. Here she tells us how the cruise industry has changed since that very first trip.

My first cruise was back in 1964 and in those far-off days there were very few en-suite cabins and no balcony cabins at all. During the day, I remember the Purser’s staff would deal with office administration but in the evening they provided the entertainment for the passengers! They truly were all-rounders, with not only office-based skills but also musical talents.

During my first decade of cruising, lunchtime buffet locations were altered at the whim of the maître d’, with one’s steward enquiring at dinner whether one would like a lunch buffet by the pool the next day. The reply was inevitably that it depended on the weather! Mealtimes were conducted in two sittings, with your table number preassigned, though it was possible to request a sitting preference. Ship design has evolved to provide a steadier motion during rough seas and this has helped ships to grow vertically in a way that would have made them top-heavy and unstable in years gone by. Modern construction techniques also enable ships to reduce their draught without compromising stability, meaning that ships can now dock in ports that previously required passengers to take a tender to shore, thus opening up destinations that were formerly beyond reach.

Cruise sceptics often claim that you only ever visit the seaboard of a country, however today’s cruise lines offer land tours that venture far beyond the port. With pre and post-cruise stays becoming increasingly popular, cruising is actually a wonderful way to see the world.

What the sceptics also overlook is that some cities are best approached from the water. Perhaps the most notable examples are New York, Rio de Janeiro, Lisbon, Venice, Hong Kong, Sydney and Cape Town. Another spectacular city entrance is to sail beneath a raised Tower Bridge into my hometown of London; having been fortunate enough to visit all of the cities mentioned above, this watery transit into London is one that I hope to experience very soon.

Until such a time that long-distance air travel became both feasible and affordable, ships made what were termed as ‘line voyages’, transporting mail as well as passengers and cargo. A gradual transition saw these types of voyages decline and shipping lines begin to deploy their vessels on holiday cruises for part of the year. Cunard continues the ‘line voyage’ tradition with its transatlantic Southampton to New York sailings.

Cruising was once viewed as a holiday purely for the wealthy, but with an ever-increasing number of cruise lines offering something for all tastes and budgets this is no longer the case. The cost per passenger has reduced to become comparable with land-based resorts and this, combined with a wide diversification in the product offered, has resulted in the phenomenal growth and popularity of cruising. Today’s issue is not whether you can visit a particular part of the world on a cruise ship, but rather which cruise line best suits your requirements along the way. Family-friendly lines provide facilities so good that children would often rather stay on the ship on port days than go ashore! By contrast, some cruise lines do not offer children’s facilities at all, although they will accept bookings for under-18s, whilst those who prefer to cruise without children on board can choose from an array of adult-only ships.

Back in 1964, I would never have dreamed of the large scope of activities that can now be engaged in whilst cruising; today’s passengers no longer need resign themselves to sea days spent playing deck quoits or shuffleboard! Instead, they can participate in a really diverse range of pursuits, with options available to stimulate, exert or enrich your mind and body. It is often said that a cruise can be as relaxing or action-packed as you choose – something I’ve certainly found to be true!

Even weddings or re-affirmation of vows can be arranged. In fact, I was a precursor in this respect, when I married my husband on board the original Royal Princess in 1997. We became one of the first ever couples to marry on board whilst the ship was still in port at Fort Lauderdale, before setting sail on our honeymoon cruise. At that time, the captain could not legally perform the ceremony and so we arranged for a local Vicar to come aboard to do so. The captain and his wife acted as our witnesses, the Chief Officer took a video and the Ship’s Photographer, Elvis, did the still shots. So now you know what happened to Elvis! It is now over half a century since that very first cruise with my mother and one does wonder what changes the next fifty years will bring. Will cruise ships continue to evolve? I personally do not think that the trend for increasingly bigger ships can be sustained, with there inevitably coming a time when destinations are unable to accommodate the number of passengers venturing ashore when these leviathans are in town.

With cruise lines constantly trying to reinvent the concept of cruising, it can be difficult to stay abreast of all that is new and on offer. It is no longer simply a case of deciding on your destination; equally important is your choice of ship, especially as life on board varies substantially between cruise lines. Picking the right ship for you is the secret to a happy holiday and this is why one should use an agent who is up to speed with every development in the industry.

With so many choices to make, from category of cabin to booking pre or post cruise land tours or other enhancements that may be on offer, it is more important than ever to have the services of a knowledgeable agent, who can offer advice on every aspect of your holiday. 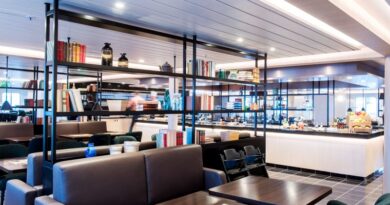 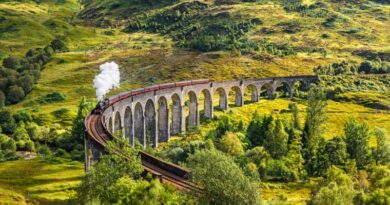 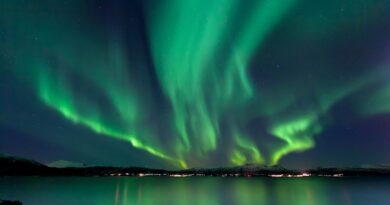